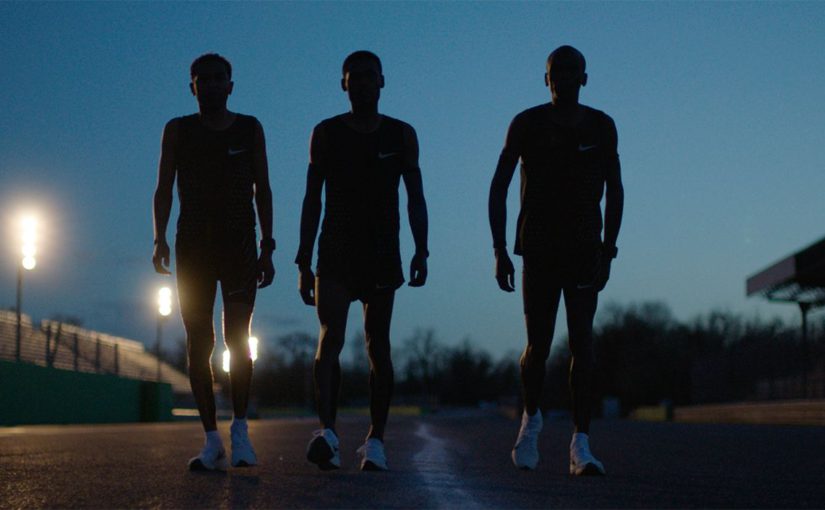 Nike is talking about it for quite a few months, but this Saturday it is on. They are trying to run a so called sub 2 marathon that’s 42km in under 2.00 hour. Which is a long distance, in a really short amount of time. You can watch it live on facebook this Saturday at 05.30 in the morning.

Nike made this commercial, which is very slick as always.

What they don’t say in the commercial is that they are going to try to break it on a closed race track. Yes, you could see that already on some shots but I think it is good to mention. There is a bit of controversy about this because people don’t think it is a real marathon on a real location. But I think it is still a marathon, and it is still 42k of really really fast running.

Don’t want to go outside and try it out yourself? Then watch this example where you can compare those speeds. On the left is a regular descend marathon pace, on the right the speed you need to run a sub2 marathon.

They are running on the Nike Zoom Vaporfly 4% a new shoe which has a thicker sole and has some seriously big cushioning and the famous fly-knit on the top. This will make them faster they say, we will see this Saturday.

But we still have the controversial topic that running on a race track does not count as a real marathon record. I think that is not a topic we have to solve now, I think running for two hours on this speed for 42k is an amazing record in itself.

I would say, yes they are going to break the sub 2-hour record for a marathon distance but maybe not the real road marathon record.

Read more about the project on the breaking2 website.